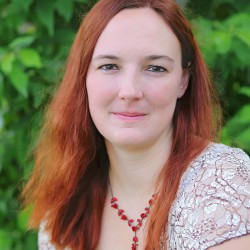 I love reading and writing books. I am a book blogger, but I am also a published author, mom, wife, and homemaker.
381 BOOKS 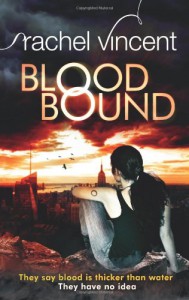 It's been little while since I have read any of Rachel Vincent's books, and I have been sitting on this one for a while. I am so glad that I finally had the chance to read it. It. Is. Amazing. I loved Rachel Vincent's Shifter series and I can say that I am going to be itching to get the rest of this one as well. The story is about Liv and Cam. They are two very special Skilled people. Skilled people are people with a special skill that normal humans do not have, kind of like the movie Push. Both Cam and Liv are called Trackers because they have to ability to find people using either their name or their blood. The range that their skills work vary, but since they are typically hired while the person is still in their range, everything works out. Well Liv and Cam were in love, so much so that Cam thought they would someday be husband and wife. Then one day Liv walks out on him with no explanation at all.

The story takes place six years later. Cam has been keeping track of where Liv is and Liv has been trying to survive. The city they both live in is divided into three territories. One ruled by the gangster/criminal Jake Tower. Another ruled by the gangster/criminal Reuben Cavazos. The third is considered free, but you have to pay a lot of money to be able to remain unaffiliated. Liv has gotten herself mixed up with the Cavazos side of town, trying not to become someone she doesn't want to be. When Cam shows up on one of her jobs begging her to visit with an old friend, she knows that this is going to be nothing but bad news. She had no clue how bad it was really going to get.